Stacey Swinson is a married mother of two sweet boys and a little girl living in Greenville, NC. A Wisconsin native, she enjoys watching the Brewers and the Packers, spending time with her family, and her small zoo of rescue animals consisting of two dogs, two cats, two rabbits, and a bird.
Always having a flair for the arts, Stacey started in jewelry but when a move for her husband's job took her to a new city, she found fellowship in a pottery community at the University of Florida. When moving to Greenville the following year, she figured she would try out pottery but assumed she would find her way back into jewelry eventually. Within the pottery community at Emerge Gallery and Arts Center she has found some amazing people and four years after starting pottery, she is the founding president of the Tar River Potters Guild.
Stacey enjoys making functional work as well as dabbling in alternative firings like raku and horsehair. Most of her work consists of traditional forms with a modern design element. One unique characteristic of her glazing is often an ombre color effect, which is achieved by spraying glazes. Many pieces require glazes to be dipped, sprayed and painted on each piece to create the desired effect. 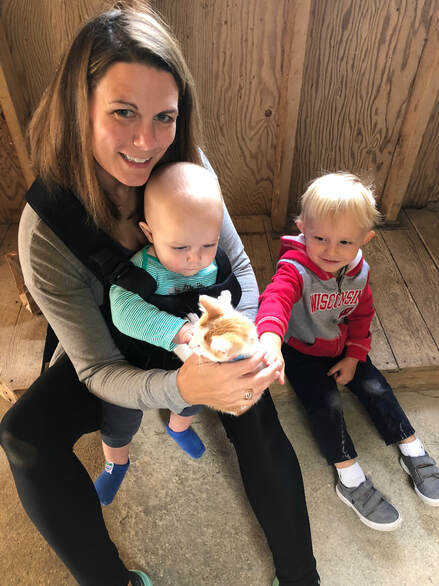